Uncontested Divorce The Less Painful Way Through a Painful Process 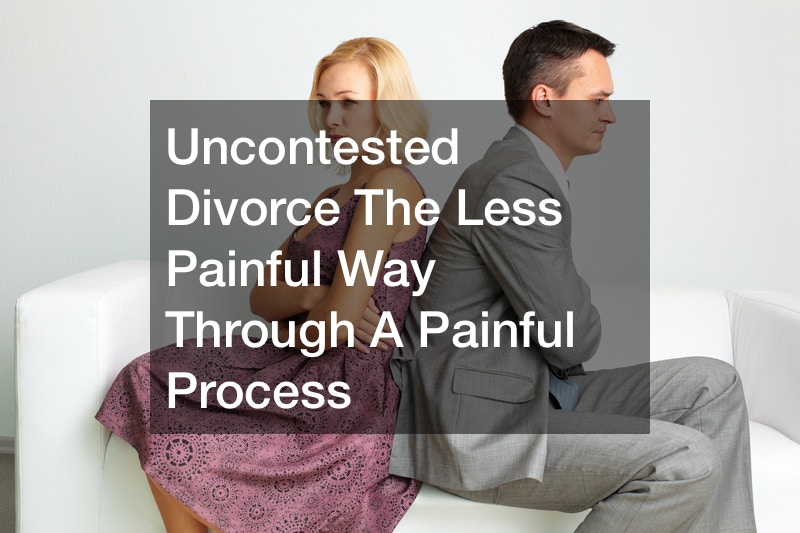 Uncontested Divorce The Less Painful Way Through a Painful Process

The divorce mediation process can be heart-wrenching and emotionally draining. Navigating legal procedures could also have detrimental effects on children. Research shows that couples who mediate their divorce processes are better off than people who choose to settle divorce disputes in courts. Can both husband and wife file for divorce? Yes. In cases where the desire to divorce is mutual, a couple can choose to file the divorce papers jointly. A joint petition often indicates a sign of goodwill from both parties and is less excruciating for the couple and the children.

Can a no-fault divorce be contested in court? Yes, but in rare instances where the jury or judge feels a compelling need to conduct further investigations on the case. Otherwise, there are no other instances where a no-fault divorce can be contested in court. The divorce process time in the USA is usually 12 months. However, if a couple fails to settle the divorce issue amicably, the divorce process could extend to over 18 months. That amounts to additional loss of time and money, not to mention emotional distress. Avoid such wastages and opt to settle marital disputes through uncontested effort today.

Divorce is never easy, but if the divorce is uncontested, at least the practical process can be fairly painless. Divorce is now an intrinsic part of our culture, with two happening every minute in the U.S., and couples need to be able to end their marriage with dignity and without drama. To choose a divorce lawyer and what type of divorce papers can be daunting, but divorce help exists, and the process can go smoothly.

If children are involved the process can be more complicated because of custody arrangements, but if the couple agrees on who will have custody, then uncontested divorce forms can still be used. Studies show custody cases are resolved without third party involvement 29% of the time, but on the opposite end of the spectrum they are often complicated and emotional and require multiple court appearances or legal meetings. This is difficult on the couple as well as the children whose future is being decided.

Although divorce can be a relatively easy practical process it is still emotionally difficult and draining, and many people are waiting longer to get married to ensure a successful relationship. The average age of marriage in 2004 was 26(women) and 27(men) as compared to 20(women) and 23(men) in 1950. In addition, studies show that dating for three years before engagement can reduce divorce rates by 39%, as compared to dating for less than a year before marriage. Many factors go into a successful marriage and of course everyone wants their marriage to succeed. But if divorce is necessary, it’s always best for it to be uncontested.